"Lyon is the world capital of gastronomy", as Curnonsky, "the prince of gastronomes" was famous for being said as early as the 20th century. Initiated by women, the Mères Lyonnaises, this culinary tradition has been sustained throughout time and is truly part of LYON’s identity. With the largest food-service related trade fair in the world - SIRHA - and the famous contest “Les Bocuse d’Or”, with over 4.000 registered restaurants, this culinary scene is now being reinvented. Generous, inventive and resolutely focused on the future, the city is training the new generation of chefs in its prestigious schools.

This passion for excellence food has enabled gastronomy to play a significant role in the economic cultural and social life of the city.

The epitome of a quality food region

Gastronomy has driven the city throughout history. The food heritage is marked in the city’s walls and streets and can still be appreciated at every corner.

The city’s famous traditional neighborhood restaurants known as “bouchons” and its Michelin-starred chefs benefit from the area’s high-quality production of fine products. Currently in Lyon, several new Food court concepts are launched giving the opportunity to talented and young chefs to perform and enrich the culinary scene in Lyon.

Based on sustainability and social justice

In 2018, the local institutions have all decided to make history again. By setting up a holistic strategy toward more sustainable, inclusive and resilient food systems accessible to all, Lyon is looking to implement new eating habits where the pleasure of a meal is linked to the sourcing of the products, the nutritious value of the dish, and the talent of the chef.

Throughout the city, 220 weekly outdoor markets celebrate regional products. The production of wine such as Beaujolais is also an asset that contributes towards the wealth of Lyon's gastronomy.

In Lyon, food is all about sharing! Different Food Tours allow visitors to meet the lyonnais producers and restaurateurs, willing to share their passion and everyday life. By foot or on an electric bike, these tours are a tasty mix between the discovery of the city and of the food heritage. Thanks to the guide, visitors can open closed doors and experience a unique moment of conviviality.

All activities and events on the city can be found on the Gourmet agenda:  www.cestlyonquiregale.com 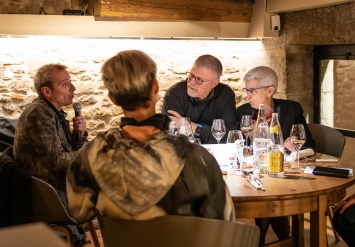 Did you know that many authors of Thriller novels give great importance to food scenes? Detectives often crack their cases around a good meal. The Quais du Polar book Festival of Lyon has decided to highlight this... 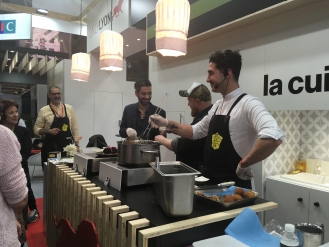 Délice Network at the SIRHA

Lyon is currently at the center of the foodie world at the occasion of the SIRHA, the International Hospitality and Food Service Fair. Over 200 000 visitors from 132 countries are in Lyon from January...