In urban environments worldwide, the food scene has become essential. With the change in customer behavior, food and gastronomy have more than ever become inevitable for city development, promotion & citizen wellbeing. Cities now have a role to play in developing a qualitative and diverse food offer for the local population & tourists to remain competitive.

Délice Network is a tool for cities worldwide that consider food and gastronomy as a boost for urban economic development and city attractiveness.

The member cities of the network all believe that thanks to their heritage and strong gastronomic culture or their strong food strategy, they can gain impact in terms of city attractiveness, economic development, employment, and general well-being.

Délice Network is the most significant professional network linking food and gastronomy to city development, promotion, and the overall well-being of its citizens. It brings together city representatives involved in implementing food-related projects and initiatives. Thanks to the network, they learn, share, and connect.

Food and Gastronomy are complex topics for city institutions. Therefore, each Délice member has a different approach to what they include and how they can act as public institutions.

This diversity strengthens our network, with cities working on different concepts, projects, and approaches willing to share their experiences with their Délice peers.

All the topics discussed within the network are linked to one of our four fields of action around Food & Gastronomy:

as part of a City Identity

as a boost for Economic Development

as a tool for global Recognition & Attractiveness

Gouvernance of the Organization

The Association is constituted of Municipalities from all over the world. Its members are public, private, or public-private organizations representing a local authority.

Délice Network General Assembly comprises all the city members and meets at least once a year to review the actions and finances of the Organisation. The General Assembly elects the Executive Committee members for a three-year mandate.

The Executive Committee acts as the running body of the organization. It defines the strategic line of the Network, controls the activities and results, and keeps the Association's finances under continuous review. The seven Executive Committee members are member city representatives.

The organization's headquarters is based in the founding city of Lyon. The Délice Network manager works hand in hand with the Executive Committee to ensure the success and development of Delice Network. The Manager handles the organization's daily management with a Project Developer's support.

The General Assembly elected the running Executive Committee in June 2022.
Their mandate will go until June 2025. 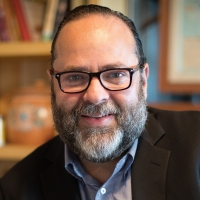 Felipe, the President and CEO of VisitTucson, is a true believer in the power of food to develop a community. As a result, Tucson (Arizona) is evolving to be among the great foodie destinations in the United States, attracting more and more young chefs thanks to its great variety of products and food culture. 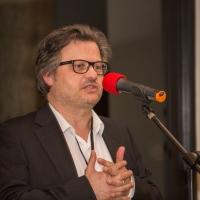 As the Gastronomy Expert of Visit.Brussels, Olivier overviews the Food & Gastronomy sector of the thriving Belgium Capital and follows the international trends. Brussels has developed a strategy to attract innovative restaurants, mixing tradition and modernity. 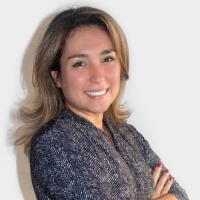 City of Cali | Board Member

Catalina is a woman passionate about tourism and gastronomy who currently works as the Executive Director of the Cali Valle Bureau.  "Teamwork: ideal formula for positioning" is the motto with which Catalina does not stop making visible the gastronomic and cultural benefits of Cali and Valle del Cauca.

City of Lyon | Board Member

The Elected Official of the City of Lyon in charge of Food & Gastronomy, Gautier, is a firm believer in the importance of relocating food systems to improve sustainability and preserve taste & food culture. He is in charge of the school kitchens and various projects related to the gastronomy sector. 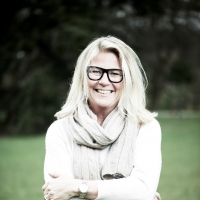 City of Malmö | Board Member

Karin is the project manager of the hospitality industry in the City of  Malmö. Malmö has been a member of Delice since 2018. Both Karin and the city are strong believers in sustainability and the multicultural food scene, which is very important for Malmö. 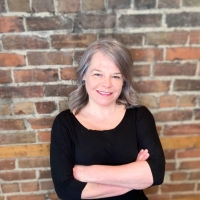 City of Montréal | Board Member

As manager of Montreal’s Office of Gastronomy at Tourisme Montréal, Stéphanie believes that the attractiveness of a destination begins with the pride and lifestyle of its citizens, the quality of local products and the commitment of the players in the gastronomic ecosystem. Committed and passionate about the tourism and gastronomy industry for more than 20 years, Stéphanie always undertakes projects with the goal of making Montreal a first-choice destination in North America. 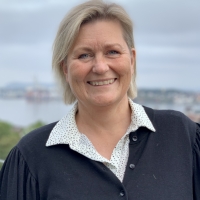 City of Stavanger | Board Member

As Head of Economic Development and International Affairs for the City of Stavanger, Anne is involved in the different sectors that make Stavanger today. Food & Gastronomy is one of them, and Anne works powerfully with the County and the Region on the recognition of Stavanger as a strong city of Gastronomy worldwide. 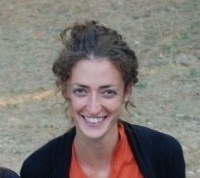 Elisabetta is in charge of the Delice Network Main Office, overseeing all the organization's daily operations. With 15 years of experience in international relations and project management, Elisabetta ensures the development of the network, develops actions that will fulfill the expectations of the member cities, and facilitates collaborations and projects between members.

Our history and values

The City of Lyon initiated Délice Network in 2007 with the intention to invite the political and technical leaders from major gourmet cities to pool their expertise and experiences in the field of Food and Gastronomy.

Founded by the City of Lyon in 2007, Délice Network is an International Network with a unique history and shared values.